Welcome to the Ice Age...

Würm... the name of the last great ice age to sweep across Europe.
It is also a role-playing game set in the prehistory of humanity,
deep in the ice age, thirty-five thousand years ago.
In the these long-forgotten times, powerful beasts roamed a territory covered
in steppes and taiga, from the snow-covered mountains to the roaring sea:
mammoths, aurochs, bison, giant deer and cave lions.
Two species of humans lived among these giant creatures, in small
hunter-gatherer communities: Neanderthal and Cro-Magnon. 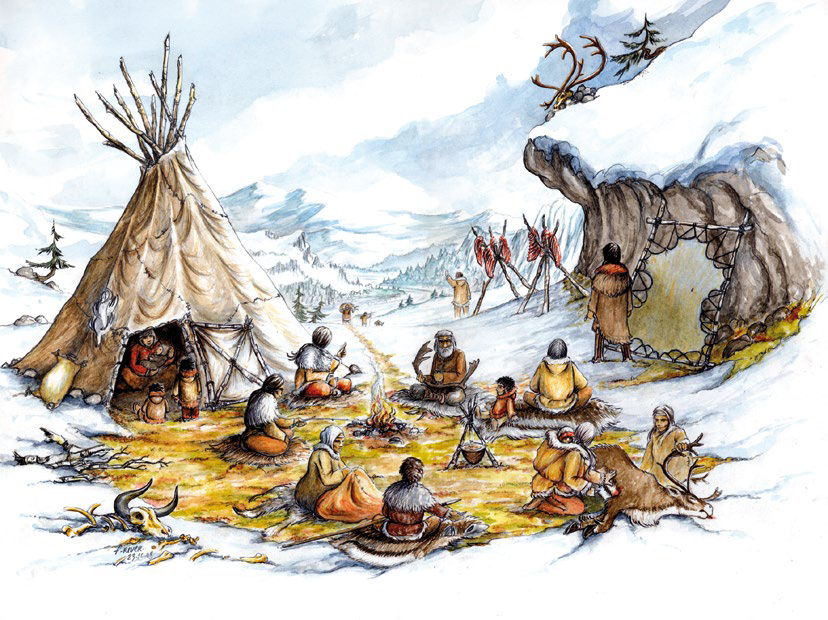 When you play Würm, you will play the part of these prehistoric men and
women. As your characters experience adventures mixing legendary quests
and battles for their survival, they will gain strength, wisdom, and prestige
by exploring unknown territories, venturing into dark and mysterious
caves, winning over the spirits of their ancestors and
fighting creatures of ice, fire or darkness. 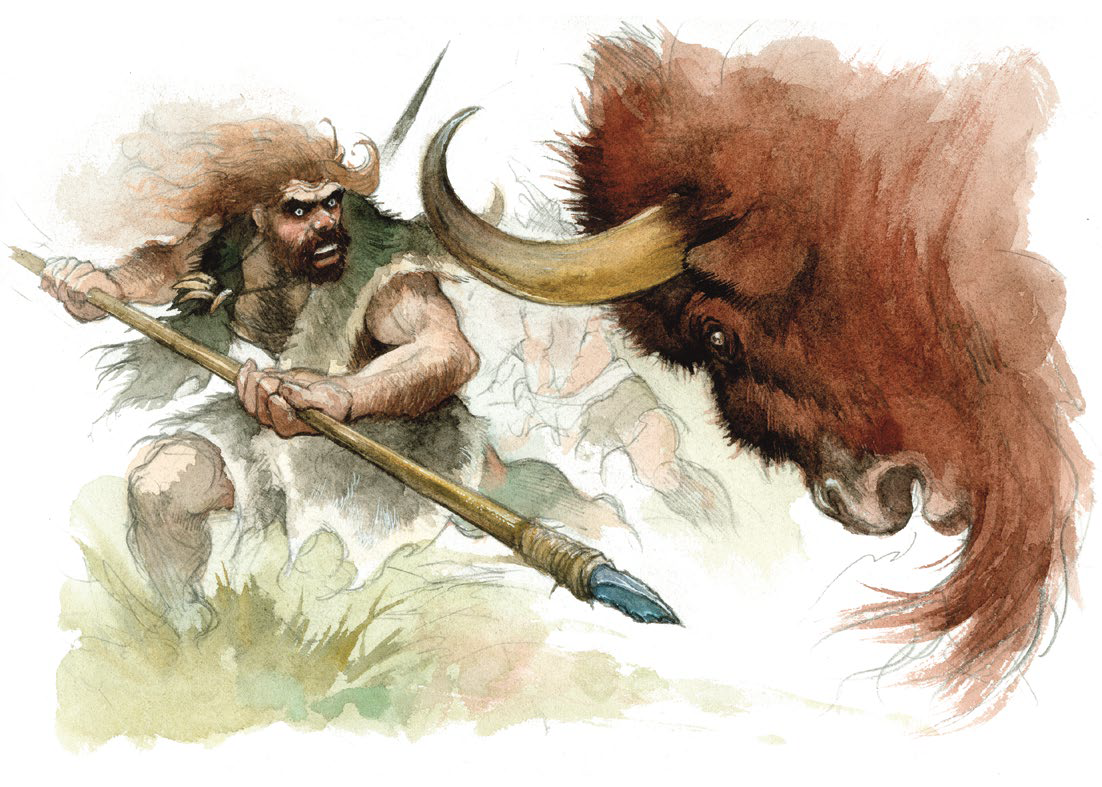 Everything in a Single Book!

All the rules you need to play Würm are included in the core rulebook, detailed over nine chapters. These rules were designed to be simple and clear. For the most part, they only require a few 6-sided dice. Most of all, they were designed to be well adapted to the atmosphere of the Stone Age. For example, to develop the characters, you won’t need skills and stats, but a number of Strengths and Weaknesses that are connected to specific totems. Additionally, Talents and Secret techniques represent the abilities that a character may learn, such as painting, shamanism or certain combat techniques.

The game rules have been developed to be as close as possible to established archeological sources, carefully relaying what we know of the technical knowledge, the environment and part of the culture of our ancestors. However, the world of Würm also leaves room for a touch of fantasy and adventure: you will therefore find rules that allow you to play with the real powers of totem spirits, as well as a whole range of fantastical creatures living along side the mammoths and the cave bears, such as fire spirits, witches and glacier giants.

So you may dive right into the prehistoric adventure of the world of Würm, the core rulebook ends with four introduction scenarios, each one offering a specific atmosphere, including adventure, investigation, melancholy, or humor. One scenario is designed to introduce younger players to the game.